OLIVE YOU, European Table Olives from Greece: highlighting their superior quality and taste at Fine Food 2018 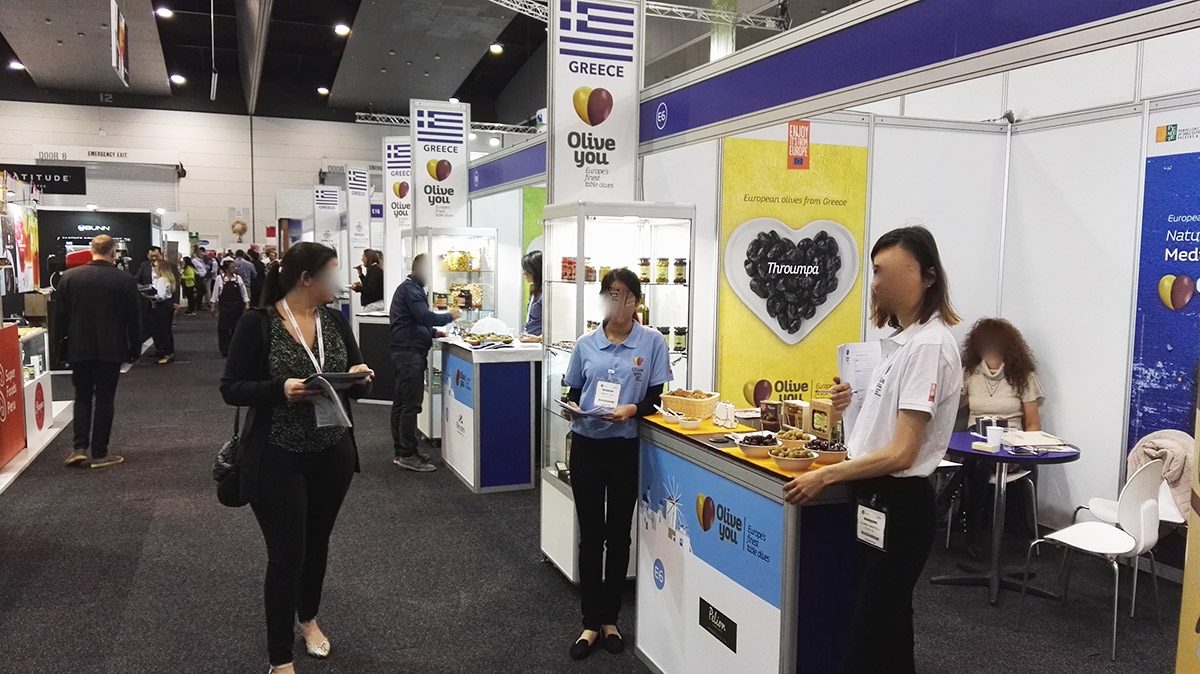 The Panhellenic Association of Processors, Packers, Exporters of Table Olives (PEMETE) presented the “Olive You, European Table Olives from Greece” campaign in Australia. This is a three-year promotional program of PEMETE, co-financed by the European Union, aiming to develop awareness and the demand of european table olives by both consumers and professionals, as well as to increase exports in Australia and the other two countries of the Program (Russia, Norway).

The “Olive You, European Table Olives from Greece” campaign participated in “Fine Food” 2018, the largest food and beverage trade show in Australia, that took place at the Conventional Centre “Melbourne Conven9on and Exhibition Centre”, between 10-13 September 2018.

Under the “umbrella” of the “Olive You” campaign, the 5 companies-members of PEMETE participated in this important trade show with a series of modern pavilions, with an elegant and unified visual that brought up the contemporary profile of the European Table Olives from Greece. More than 800 importers, distribution and HoReCa professionals visited the Olive You pavilions, learning all about the european table olives from Greece varieties, while being informed for the qualitative and taste characteristics of the commercial types of the most popular european varieties. Our team gathered valuable Australian market and consumer information from questionnaires gathered from many visitors when asked about their consumption preferences. Mr Dimitrios Mihalopoulos, the General Consul of the Consulate in Melbourne honored our
pavilion with his presence.

The presentation of the “Olive You, European Table Olives from Greece” campaign in “Fine Food” 2018 was a success, since our goals of informing visitors and realize business meetings in order to establish and even grow our business deals were met, while having the chance to familiarize customers with the nutritional values and the natural grow of the product (black natural olives).

A few words about PEMETE
The Panhellenic Association of Processors-Packers-Exporters of Table Olives (PEMETE) was founded in 1970 as a non profit Union. It aims to serve and protect the interests of processing, standardization and marketing (handling/export) of the greek varieties of table olives.